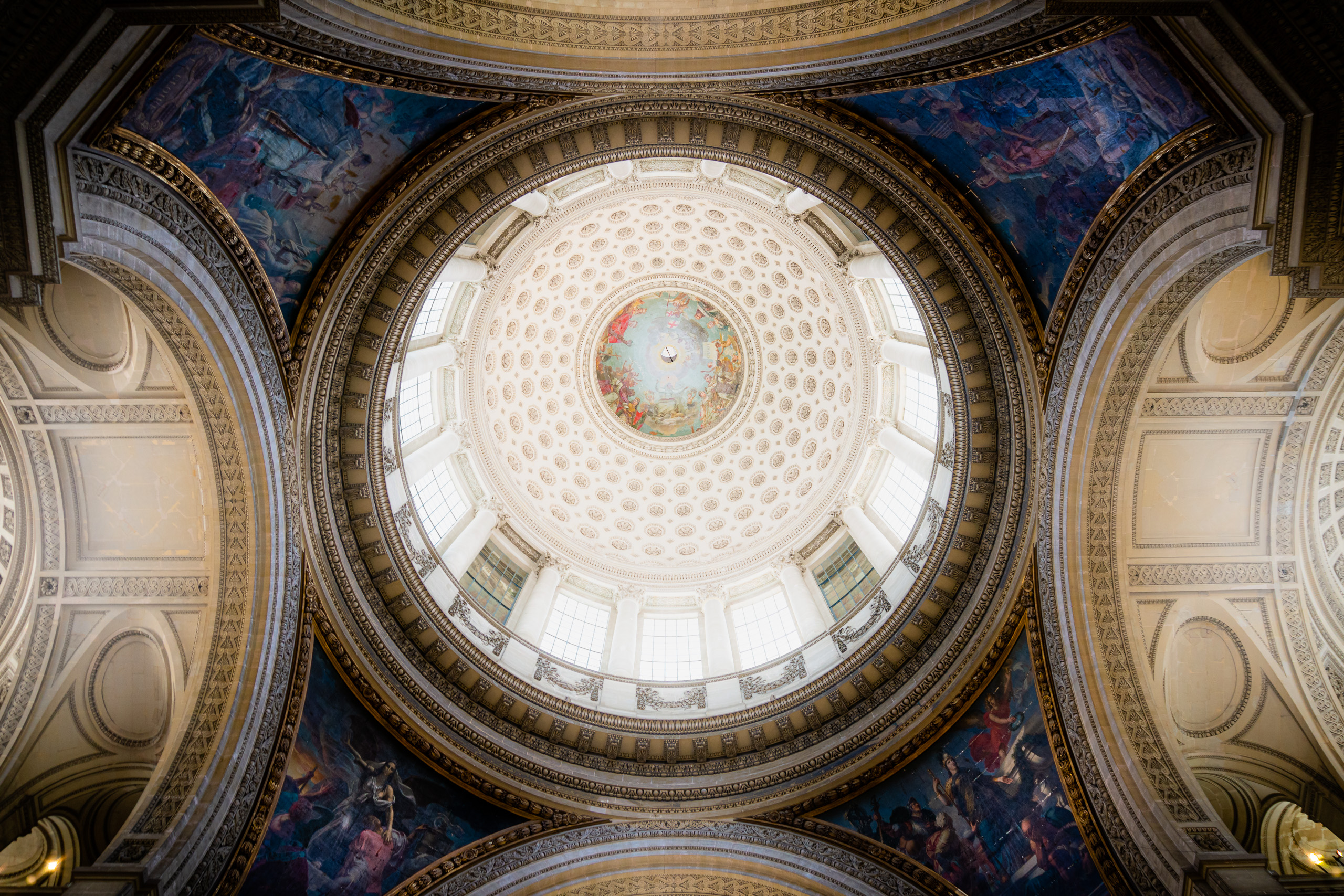 We ended our 2019 trip to Spain and France with 3 nights in Paris which is not nearly enough time to spend there. But we recognized that going in and tried not to overplan our itinerary for the two full days we had in the city. The only definite spots on our list were Sainte-Chapelle and Versailles-and we had to add the Eiffel Tower at the last minute when our 9-year old daughter told us how she could not wait to see it while we were on the train to Paris!

On our first day of sight-seeing, we started the day at Sainte-Chapelle, then walked over to Notre Dame which unfortunately was closed after the fire. We had lunch in the Latin Quarter then decided to visit the Panthéon. I had never even heard of the building, but it was listed on our museum pass and was within walking distance, so off we went. It turned out to be one of the highlights of the trip for me, especially because we were not able to visit Notre Dame and I’ve always wanted to see the great cathedrals of Europe.

If you’re not familiar with it, the Panthéon is a French national monument, “the temple of the French nation.” It was commissioned by Louis XV as a suitable replacement for the crumbling Abbey of Saint Geneviève, the patron saint of Paris, but it was not completed until the eve of the French Revolution and so it became a temple for Great Men. Over the years, the building has alternated between religious and secular dedications, but since Victor Hugo was interred there after his death in 1885 it has been the resting place for many French notables including Voltaire, Marie Curie, Jean-Jacques Rousseau, Alexandre Dumas, and René Descartes.

I originally thought that I would edit most of the images from the Panthéon would be edited as black and whites, but as I began to work with them, I realized that the colors were incredible contrasted against the white stone of the structure. So I’ve decided to split the images and present them separately for color and black and white.

The dome is actually three domes, fitting within each other. The first, lowest dome, has a coffered ceiling with rosettes, and is open in the center to reveal the second dome decorated with the fresco by Antoine Gros. The third dome is the exterior dome.

The Panthéon was the original site of Foucault’s pendulum, a 67-meter (220 feet) pendulum suspended beneath the central dome, used by physicist Léon Foucault to demonstrate the rotation of the Earth in 1851. The pendulum on display is a copy of the original.

All images captured with the Sony a6500 camera with 16-50mm kit lens and processed in Lightroom. 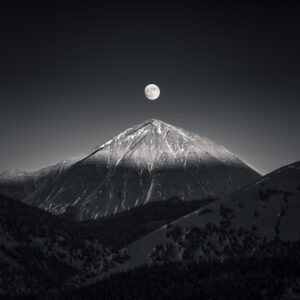 This image was not planned in advance, and I did not pre-visualize the moon sitting directly over…

Last summer (2019) my family made our first trip overseas to Europe. We spent eight days in… 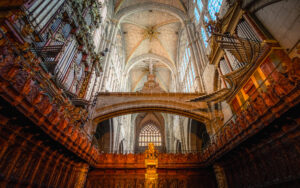 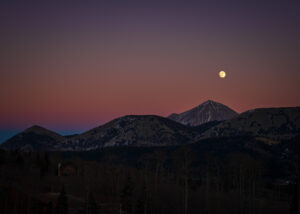 This image is a composite: the scene was captured at 30mm but the moon is from a…

Note: This post was originally published in 2016 when these photos were captured. As I was reviewing…